Places to Know in the London Borough of Havering

HomePlaces to Know in the London Borough of Havering Havering is a rather large metropolitan borough in the north eastern parts of Greater London. According to the latest census, the current population of Havering is 245 974. Historically, Havering was part of the county of Kent, and was incorporated as a borough into Greater London with the administrative reform of 1965.

The heart of the borough

The main town in Havering is Romford.  As the administrative centre of the area, it is a busy area with a thriving economy. Historically it was linked to a number of light industries, but in present days the focus shifted to service economy and night entertainment in particular. Romford is by all accounts a pretty nice place to live in. It is very well connected to Inner London, and lies just over 14 miles away from Charing Cross. Famous local residents and figures connected to the town of Romford include:

Other key locations across the territory of Havering 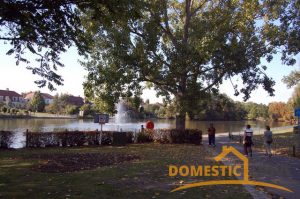 Gidea Park RM2 is one of the lesser known locations in Havering that still deserves everyone’s attention. As the name suggests, the residential development emerged around the open green space of the same name. Gidea Park is today one of the most affluent places to live in the borough we are talking about here. It is a direct result of the creation of the Romford Garden Suburb in 1911. The name of the area comes from the Gidea Hall, a manor house that was originally created in 1250 – at least that is the first instance in which we have a written record of it.

Gallows Corner RM2, RM3 is another pretty great place in these parts of Greater London that deserves you attention. The district takes its name from a major road junction that is currently represented by five exits and flyovers. The name of the area comes from the fact that this was where the gallows of the Liberty of Havering used to be, or at least that is the official theory as described by historians. The roundabout at Gallows Corner is one of the most important traffic hubs in all Havering, and lies pretty near the principal town of Romford.

Emerson Park RM11 is definitely the place to consider in case you are looking for a really comfortable and peaceful location to settle down in Havering. The suburb was created in the 19th century and currently has a population of 11 977. Ardleigh Green, Emerson Park and Nelmes are the three major residential estates that are to be found here. The area is pretty popular with footballers and fans alike, a fact that is attributed to the close proximity of Chadwell Heath, the official training grounds for West Ham United. The area is well connected to Inner London via the Emerson Park Railway Station. 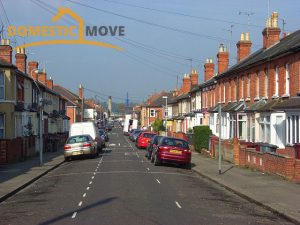 Elm Park RM12 is yet another noteworthy location in Havering. It lies 14.3 miles away from Charing Cross and has its historic roots in the 1930s Elm Park Garden City. It is a green, pretty comfortable area that is noted for its very strong community spirit. Much regeneration and cultural activities have been carried out here both by the local council and organisations such as the Elm Park Regeneration Partnership. Elm Park is also a considerable religious centre, specifically a Christian one. The area is served by quite a few churches – the Elm Park Baptist church, St Albans Catholic Church, St. Nicholas Church of England, Arise Metropolitan Assembly, Christ Life Church and Eagles Christian Connections.

Chase Cross RM5 stands on the territory occupied by extensive woodland which was cleared in 1850 to make way for agricultural activities. Later on the area was developed into a suburban neighbourhood – this happened in the 1930s. At the present moment Chase Cross enjoys pretty good connections to other parts of the capital, both via Transport for London bus lines and the two nearby train stations – Romford railway station and Newbury Park tube station respectively. The district itself is less than two miles away from Romford.